The Slow Earthquake in Medicine

In The Patient Will See You Now, Dr. Eric Topol describes a tsunami approaching health care, brought about by the convergence of smart phones, data, and predictive analytics. As the Director of Scripps Institute for Research, Editor in Chief of Medscape, and a practicing cardiologist, he’s well situated to see it coming. In a recent article, he writes “This triad of you, your medicalized smartphone and immense computing power is setting up a formidable force to change how health care can be rendered.”

Can such a little device, a mere toy, change the entrenched culture and practice of medicine? The Economist certainly thinks so: “Like the book, the clock and the internal combustion engine before it, the smartphone is changing the way people relate to each other and the world around them … Distinctions that were previously clear—the differences between a product and a service, between a car owner and a taxi driver, between a city square and a political movement—blur into each other. The world is becoming more fluid.”

About ten years ago I was on a team that tested Vocera for our hospital. It’s a little badge that clips onto your shirt, weighing less than a couple of ounces, straight out of Star Trek. Push a button and speak to it – “Call Dr. Mary Jones,” or “The nearest respiratory therapist” – and it will instantly connect you with that person. A few years later every nurse had one, and the culture of the hospital changed dramatically. It connected person to person. In the late 1990s nobody saw what search engines would mean; now they are an integral part of everyday life. One new capacity, one crucial tool can alter an entire industry – ask any newspaper editor, travel agent, or musician.

It’s misleading to think of medicine as a science that deals mainly with drugs, surgery, and multi-million-dollar machines. The essence of medicine is communication – observing, listening, telling a story, mutual understanding. Even though two-way communication is essential for health care, a paternalistic attitude still dominates. In recent years I participated in numerous discussions about how and when to release laboratory results to patients; for many professionals, even giving a person this one small piece of information about their body is unthinkable. No more. There is a movement afoot to share physician notes, and the entire record will not be far behind.

Medical information is considered extremely private, and barriers to communication are deeply entrenched. A few decades ago people were reluctant to tell their spouse that they had cancer. Today, they are using sites such as Patients Like Me to share not only their diagnosis, but their symptoms, medications, dosages, side effects, treatments. Their motto is telling: “Live better, together.”

Much bigger changes are on the horizon than just open communication. The most far-sighted and world-shaking concept in The Patient Will See You Now is the medical “GIS” (Geographical Information System) for an individual. “The human GIS comprises multiple layers of demographic, physiologic, anatomic, biologic, and environmental data.” (p. 80) The image below gives a sense of the data that will ultimately be combined. Most medical care today uses an infinitesimal fraction of this.

The intersection of public and personalized medicine lies in such a mapping in space, time, and data. For example, “we can combine modern tools of social networking and whole genome sequencing to pinpoint the strain of [a] pathogen, the individual responsible, and the precise path of transmission for an outbreak. This is because we can now combine and integrate multiple layers of information to essentially create the Google map of you.” (p. 80)

It’s not easy to understand the layers of this map. First is your observable qualities, the phenome, that “dense package of … demographics, location, family and friends, friends of friends, interests, likes, education, pets…” (p. 83). Then there are the minute-by-minute physiologic data. What we are exposed to (the exposome) includes “things like radiation, air pollution, pollen count, and pesticides…” (p. 87). Increasingly research is showing that the microbes in and on our bodies, the microbiome, also has a direct effect on our health. Too much for an individual to keep track of and use, but not for the predictive analytics in the cloud.

Doctors, nurses, administrators, and computer analysts I worked with over the last decade will roll their eyes at the prospect of a human GIS. “Right,” they say. “In about two hundred years. We have trouble documenting a list of medications or diagnoses.” This isn’t a “just so” story, as the futurist James Cascio calls technical predictions that ignore humanity. Dr. Topol understands the risks and difficulties: “It is imperative that the GIS is owned by the individual… no one has a more vested interest in its proper use.” As for today, “The sobering reality is that we are still dealing with rather crude, helter skelter data collection, medical records, medications, labs, and scans scattered across different offices.” (pp. 103-104)

Creating an effective system to receive, hold, analyze, and share terabytes of data across millions of people will require dismantling a mountain of regulations, reversing decades of medical culture, and building entirely new computer systems. Not in our lifetime? It’s already happening; once a natural need such as health care is put in everyone’s hand, democratized, change is on the horizon. You can get your genome sequenced by the company 23 And Me; track your sleep patterns and have them displayed on your smart phone; share and collate information with others around the world. Have a phone? Check out these apps: AskMD, Gluco-Smart, Kinsa Smart Thermometer, or iTriage.

Most people I know are pessimistic about the future of health care, especially when it comes to aging. Experience with institutions (hospitals, nursing homes) is often dispiriting. Getting an appointment can take weeks or months, only to spend ten rapid-fire confusing minutes with a doctor. We dread stepping into a hospital, to be stripped and scrubbed, our identity reduced to a diagnosis and a couple of laboratory values; it feels like our humanity is lost in a vast machine.

There is light at the end of this tunnel. In the chapter “The Edifice Complex,” Dr. Topol notes that care is shifting away from hospitals. The average hospital stay has been getting shorter, often thanks to improved technology and a better understanding of disease. He puts it succinctly: “The result of this trend will be that the hospital room of the future will be the bedroom. Biosensors can record continuous vital signs and any other relevant physiologic metrics; little mobile devices and smartphone physical exam add-appters can enable both communication and examinations. Smart pillboxes and other tools can monitor treatment adherence; personal emergency response systems can summon an ambulance…” (p. 191).

If you don’t want to wait 17 years to benefit from the coming changes to health care (the average time that it takes for a medical discovery to become standard practice) there is an online course in May covering “Medicine in the Digital Age,” taught by Kirsten Ostherr who co-founded the Medical Futures Lab at Baylor College of Medicine, and Dr. Bryan Vartabedian, who teaches a course at Baylor integrating “digital smarts” into the medical curriculum. For professionals, this fall Scripps is holding its first conference on mobile health. Or, to get a sense of what’s happening, tap into Dr. Topol’s feed, where he posts half a dozen developments every day.

In his previous book, The Creative Destruction of Medicine, Dr. Topol focused more on the data, coining the term “homo digitus.” Although covering many of the same topics, the unfortunate title may have prevented many in the medical community from reading it. He changed tone in The Patient Will See You Now, as Leonard Kish notes in a review: “This is perhaps the first and best book to date about the dramatic social changes technology is driving in health care.” 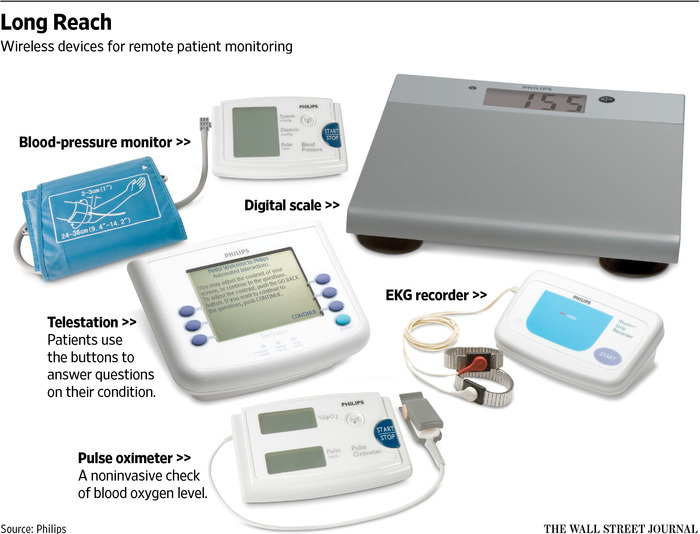 Data has been crunched for hundreds of years, and we have been swapping personal stories in coffeehouses (which were fueled by that newfangled printing press) for hundreds of years. What is needed, finally, is an intelligent “Internet of Medical Things” (IoMT) as he calls it, that can leverage the artificial intelligence tools of deep learning, then combine the “N of 1” GIS for an individual and the “N > 7 billion” of the entire world.

In a recent response on Edge.org, Topol discusses the coming IoMT: “Almost any medical condition with an acute episode—like an asthma attack, seizure, autoimmune attack, stroke, heart attack—will be potentially predictable in the future with artificial intelligence and the Internet of all medical things. There’s already a wristband that can predict when a seizure is imminent, and that can be seen as a rudimentary, first step.” Even a small bit of predictive analytics goes a long way. At our hospital the Medical Director of the Electronic Medical Record, Dr. Hien Nguyen, spearheaded a groundbreaking project using machine learning to catch sepsis when it is first manifesting, using a few pieces of data, rapid communication, and a handful of protocols. It reduced mortality 35% over 18 months, and has been instrumental in preventing morbidity and mortality from this critical condition.

Even though The Patient Will See You Now covers a wide range of technical topics, it is ultimately arguing that medicine will become more friendly, useful, and democratic. Yet, “there will be no shortage of naysayers. They’ll say that it’s ill founded, underdeveloped, impossible, or even irrational.” (p. 290) If you focus on the technology, it certainly looks like science fiction. Conduct a virtual office visit with my doctor? Use my phone to diagnose cancer? Watch a report by the smart pill I just took on how well it’s working? Regulate my body using an exo-cortex and molecular sensors?

Some of that you can do today. Smart pills are coming fast. Molecular sensors may take a bit longer.

If we look back at health care circa 1900, it seems almost barbaric. Most of the things we take for granted today (antibiotics, nutrition science, xrays, implants, laboratory tests) were decades in the future. I suspect that in a few years the landscape that Dr. Topol has sketched will start to emerge, and then quickly become commonplace. When thinking machines shrank from two-foot boxes to something that slips inside a pocket (and picked up a few sensors), a slow earthquake began to shake, and is still rattling the foundations of medicine.

This entry was posted in Medicine and health. Bookmark the permalink.