The Future History of Consciousness

Last spring I wrote a piece for a journal titled The Integral Review, and is now available on the web. (See the end of this introduction for the link). The essay is somewhat compressed, so it may help to give a little background. It begins in the 1980’s, when I crossed the country to attend the California Institute of Asian Studies with the dream of becoming a scholar in Asian philosophy, yoga, and Sanskrit. A few years earlier I had been bitten by the spiritual bug (of the Indian variety) and was immersing myself in the writings of a modern yogi/revolutionary, Sri Aurobindo. 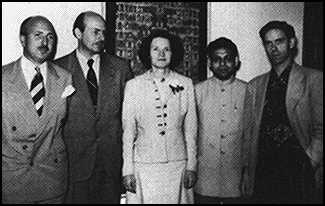 Even then the pull of science was strong in me, having recently graduated from college with a degree in physics. My career veered from Asian studies into nursing; the yogic and spiritual continued, but turned personal rather than academic.

During the intervening years science and technology grew and convulsed: artificial life, cellular automata, chaos theory in the eighties; then the explosive growth of personal computers, mind-tools like word processing and spreadsheets became common, and the Net emerged in the nineties; and then the mapping of the human genome, the return of AI development, effective search engines, and an explosion of research in numerous fields over the last ten years. I began paying more attention to science, and learned that the pace of change is continuing to accelerate. These days the strangest visions come not from  science fiction novels, but from places like the National Academy of Sciences.

Where does spirituality fit into science, however? The two seem as far apart as ever. Can both be right? And if so, what is the full picture?

For the last few years this question has increasingly gnawed at me. I don’t have the answer, but optimistically believe that there will be an answer — and that it will surprise all of us, scientists and mystics alike.

So, on to The Future History of Consciousness.

This entry was posted in Mind and thought. Bookmark the permalink.